Why Every Unmarried Couple Living Together Should Consider a Cohabitation Agreement

In a previous article we noted that the number of couples choosing to cohabitate before, or instead of, marriage is rapidly increasing.   In fact a 2013 report by the United States Department of Health and Human Services found that 74% of women under the age of 30 had cohabitated with a partner at some point in their lives.  It’s clear that for many Americans cohabitating is becoming the new normal.  One issue that this increase in cohabitation presents is that there is no rulebook for when these couples break up.  When a married couple gets divorced, there are Virginia laws and countless court cases that dictate issues like: the division of property and debts, custody of children and whether one spouse owes the other any monetary support.  In contrast, when a cohabitating couple ends their relationship there is nowhere to look for guidance on these issues.

The way to solve that problem is through the use of “cohabitation agreements” also known as “living together” agreements.  You can think of these agreements as prenuptial agreements just for cohabitating couples instead of married ones.  A cohabitating agreement can outline what would happen should you and your partner end your relationship.  It can address issues as simple as who will keep the pet you acquired as a couple to more complex ones like what will happened to the car you leased together. 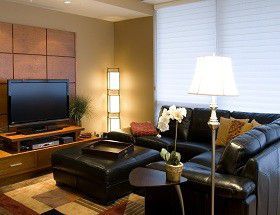 Now you may be thinking to yourself that these agreements seem unnecessary, that couples will be able to sort these issues out on there own; perhaps, but consider these scenarios.  Tom buys a house and a year later meets Sally.  They date for a while and then decide that Sally will move in to Tom’s house.  When Sally moves in she begins making payments towards the mortgage, paying roughly half of it each month.  If they end their relationship five years later should she be entitled to any equity in the house as if they were married?  Or was she merely paying rent?  What if one year after Sally moved in, Tom lost his job and Sally paid the entire mortgage each month for the next four years, should she be entitled to equity in that situation?

Consider a different scenario in which John and Sarah, a cohabitating couple, decide to have a child.  Once the child is born they decide that John will leave his well paid job as a software developer to stay home and raise their child.  Eight years later Sarah decides to end their relationship.  Should John be entitled to support to compensate him for sacrificing his career to raise their child?  If they were married the Virginia statute on spousal support would answer that question, but no such luck here.

Fortunately, however, all of these questions can be easily answered by a well thought out cohabitation agreement.  A cohabitation agreement gives both parties peace of mind that they will be protected in the event of a break up.  It is also an opportunity to think about any potential issues rationally, during the good times.  Beyond that it can save couples tens of thousands of dollars by solving issues beforehand instead of litigating them in court.

If you are in a cohabitating relationship, or are planning to take that next step, take a moment to honestly consider the implications of that relationship ending.  You’ve likely had to make some joint purchases for the home, or perhaps one partner had to lend the other money.  There are probably more potential issues than you would originally suspect.  The attorneys at Smith Strong, PLC have experience in crafting cohabitation agreements for any situation.  They can walk you through how to plan for any issues that you have identified and point out some that you might have missed.  Please call one of our offices at 804-325-1245 (Richmond) or 757-941-4298 (Williamsburg).