When one or both parents are active duty SMs it presents unique challenges for crafting a custody and visitation arrangement.  There is a common misperception that the military will not allow a single SM to have primary custody of their minor children.  While it is true that a single parent cannot enlist in the military, a SM that becomes a single parent will not be discharged.

Often courts are likely to view military service as a negative when evaluating the best interests of the child because the potential for deployment and reassignment hinders the creation of a stable environment.  SMs in this situation must often go the extra mile to present benefits of living on/near base and have a plan in place for any geographic changes. 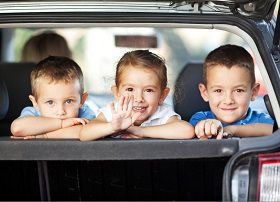 The deployment of the SM can present issues for even the most carefully crafted custody/visitation arrangement.  While the best solution is to contemplate a plan for deployment before it occurs, sometimes that is not possible.  Fortunately, Virginia has enacted the Virginia Military Parents Equal Protection Act (VMPEPA) to help SMs facing a deployment.  The VMPEPA applies to cases where there is an existing custody/visitation order and those where there is not an order in place.

For cases with an order the court will temporarily modify the order using the deployment as the material change in circumstances.  The SM may delegate visitation to a family member (including a stepparent) that has a close and substantial relationship with the child.  The court can give the family member all or a portion of the deployed SM’s visitation.  In these cases, the court will also ensure that it re-hears the matter within 30 days of the SM returning from deployment.

If a SM is preparing to deploy and there is not a custody/visitation order in place the SM can file a petition that will be placed before others on the court’s docket.  Essentially, this is a right to an expedited hearing.

The VMPEPA also states that SMs can testify in custody/visitation matters by telephone or video conference if they are unable to appear due to deployment.