Driving down the unfamiliar territory of 64 West to the Louisa Circuit Court seemed fitting as I was heading to my first complex divorce litigation experience – an even more uncharted territory.  I have many friends whose parents are divorced, so the concept of marriage dissolution is not foreign to me; however I never really thought about how two parents came to be just mom and dad instead of husband and wife.  And I certainly never contemplated the complexities of how they set about dividing assets after decades of married life.

Now, as a first-year law student with an interest in domestic relations law, I was intrigued to see how this extremely important area of family law played out, particularly in a case involving contentious property distribution.  As I drove into the Court House parking lot I saw Van unload a giant canvas bin from his trunk onto a rolling dolly.  I could immediately tell he was prepared to do everything he could to make sure his client  - a father – was able to successfully navigate the complex, often tortured course of a divorce and the equitable distribution of marital assets.

Ability to Encourage Confidence, as Well as Calm

I have heard from multiple sources that reality television is not wrong when it comes to how domestic relations issues play out in the courtroom.   Almost inevitably, divorce proceedings that come to trial are highly emotional, often confrontational, experiences for obvious reasons.  Walking into the Louisa County Court House that day, it was immediately evident to me that tensions were running high on many levels.  There was a lot at stake and it was clear that Van’s client was plagued by far more than pre-trial jitters.  The husband’s last-minute, agitated questions and comments to his attorney revealed that he was worried about what the outcome of this proceeding would mean for his entire financial future, his

personal identity and sense of self-worth on many levels, and ultimately, for the continuity of relationships that had long defined him in the eyes of his children and others who were at the trial to support him.

In the face of such tension and high stakes, I was impressed with Van’s ability to calm his client, offer him some perspective and reassurance, and make sure he felt at ease walking into the courtroom.  While Van was not able to predict exactly what would happen during the trial proceedings or certainly what the exact property distribution outcome would be, he was able to assure his client that, as a team, they had prepared effectively and done everything possible to ensure the most favorable resolution possible.   It was apparent to me – and clearly to the client – that while the consequences of this proceeding were high, there were very few contingencies that had not been anticipated, prepared for, and supported with documentation that would assure the solidity of the client’s case.

During Van’s opening statement, he delivered an outline of what his client hoped to achieve from the proceeding – mainly a ruling ordering equitable distribution of the marital assets and attorney’s fees from the wife.  Van’s concise yet compelling summary was extremely useful in framing for the presiding judge the client’s circumstances and offering a straightforward, and at the same time highly sympathetic profile of the husband’s expectations and entitlements from the divorce proceedings. 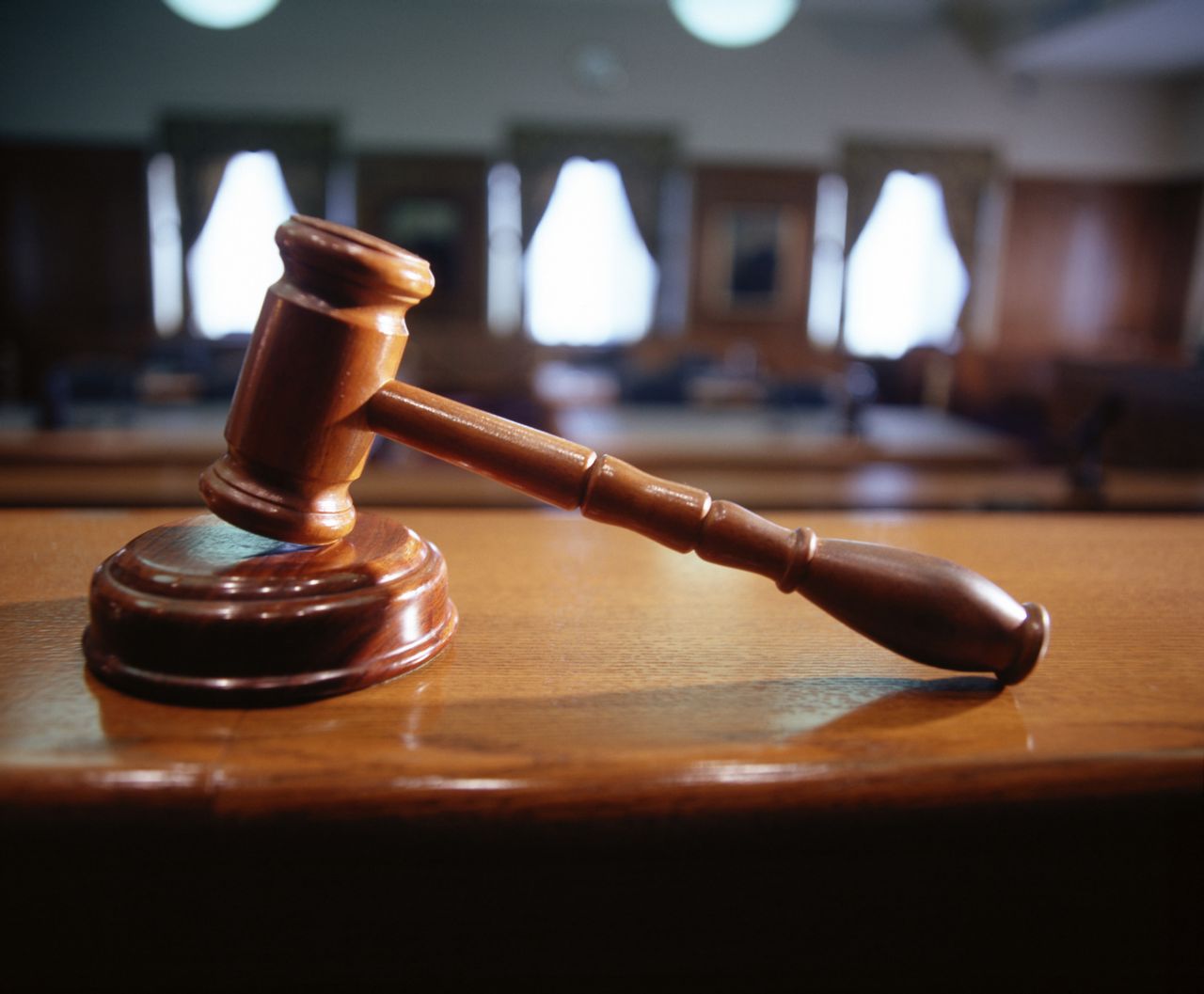 Once the trial was underway and examination of witnesses had begun, it became evident why Van needed that large canvas box of trial materials.  Even though I was aware that property division issues in divorce proceedings can be vastly complex and are largely dependent on corroborating documentation, I was quite overwhelmed by the pure volume of materials Van had prepared to support and graphically explain his client’s case.  At each step of the trial proceedings, as Van introduced information, he was able to reference and, when necessary, to produce relevant documents from an organized binder.  Whether for the judge, opposing counsel, or the various witnesses he called to the stand in support of his client’s case, Van was able to offer supporting or clarifying documentation to confirm the existence and accuracy of specific accounts or other marital assets.  Van made certain that, in the eyes of the presiding judge, his client’s claims were well-documented and, thus, very credible.  His highly organized supporting evidence also was largely responsible for ensuring that the trial proceedings moved forward at an effective pace, engaged both his client and supporting witnesses with the appropriate level of detail, and validated all material issues in a manner that guaranteed a complete and effective trial record.

Command of the Facts – Indicators of Due Diligence

One of the most hotly contested issues in this case was distribution of the couple’s extensive gun collection, which represented a sizeable portion of their net worth.  A considerable amount of trial time was devoted to assessing the value and equitable and appropriate means of dividing the collection between the divorcing couple.

The topic of guns, their valuation, and “collectability” was extremely foreign to me, and I learned from Van post-trial, that he had been similarly unfamiliar with the firearms terrain until quite recently.  Had I not become aware of that piece of information, I would have assumed Van had grown up as a gun collector because of the expertise he conveyed on the subject during the trial.  It was evident that Van had exercised due diligence to prepare for what he knew would be a critical focus of the property distribution process.  Clearly, he had spent countless hours learning about firearms valuation issues and the specifics of his client’s particular collection to ensure that he was prepared to respond to specific questions posed by the judge concerning the collection’s pricing.

This not only equipped him to represent his client’s best interests when making a case for favorable distribution of the collection, but also served as a clear indicator of the degree to which Van invests himself in each case to ensure effective representation.  Van’s approach encourages in-depth communication with his clients in a manner that guarantees a detailed and informative record from which to build the best possible case.  Essentially, his strategy is to forge a comfortable alliance with his clients.  This allows Van to personalize his representation and introduce each client to the court with a degree of empathy and understanding likely to engender similar feelings from the presiding judge.

In the end, this particular property distribution trial resulted in a ruling that essentially divided the couple’s assets evenly.  In our post-trial discussion, Van noted that the same result had been proposed during a series of pre-trial settlement conferences, but consistently had been rejected by both parties.  He observed that it is not uncommon in divorce proceedings for the parties to resist reasonable and even somewhat favorable settlement terms because they have a need to hear the terms pronounced by a judge.  It is often a regrettable reality that a divorcing couple’s refusal to enter into a settlement agreement invites a protracted and acrimonious trial, at considerably greater expense to both parties.

Van recognizes that, under the best of circumstances, divorce is a struggle.  When that inevitable struggle can be mitigated to any degree through mediated solutions and in an environment of facilitated communication there are benefits all around.  Van’s measure of success takes account of his ability to reduce the psychic and financial toll of the divorce process on his clients. Because this approach may limit or avoid litigation altogether, it frequently operates in direct opposition to the lawyer’s personal best interest.  It is nonetheless an approach that compels Van to be as passionate about the value of negotiation and mediation, as he is energized by litigation in a courtroom setting.

Because Van was not able to persuade this particular client to avoid litigation, it was perhaps particularly important to him to take all possible measures to mitigate any adverse consequences of litigation and to assume a role in initiating the healing process at the conclusion of the trial.

This became obvious as Van offered encouragement and reassurance not only to his client, but also to the supporting witnesses when preparing them before trial.  While a truly seasoned divorce attorney will have a strong sense of how best to marshal the proper type, number, and diversity of supporting witnesses, it is not every divorce lawyer who shares Van’s intuitive sense about how to integrate those witnesses into a continuing support system for his client and to be attentive to their needs as well.

Among the witnesses whom Van had strategically assembled and prepared to testify on his client’s behalf were a teen-aged son of the divorcing couple, a close friend of the client, and the client’s minister. Throughout the proceedings, Van did not lose sight of the toll that witness responsibilities can take on those called to support a divorcing client, particularly when they have been close to both partners in the marriage. Van was particularly aware that his client’s son found the proceedings most upsetting as his parents disputed various valuation factors and forms of asset distribution – essentially reducing his family foundation to a fiscal squabble.  At the conclusion of the trial, Van made a point of talking to this young man and painting an optimistic picture of marriage for him. Even though the son had endured an almost 5-hour proceeding that ended his parents’ marriage, Van clearly was determined to offer a positive perspective that might help restore the young man’s sense of family stability and confidence.

Van also took that opportunity to ask his client’s minister to say a prayer about the proceeding that had just taken place.  This was certainly an unexpected gesture, but one that could not have been more well-received as yet another form of reassurance.  As the client and his supporting witnesses gathered to listen to the offered prayer, it was apparent that even in the most disheartening and grueling of uncharted territory, there are individuals who have the rare navigational instincts to strategically tackle the terrain and at the same time create a restorative path to healing. 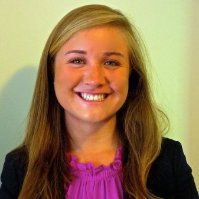