Virginia’s assisted conception statute, Virginia Code § 20-156, et seq., controls “without exception, in any action brought in the courts of this Commonwealth to enforce or adjudicate any rights or responsibilities arising under this chapter.”[1] Generally, the parentage of any child resulting from the performance of assisted conception shall be determined as follows:

The gestational mother of a child is the child's mother.

The husband of the gestational mother of a child is the child's father, notwithstanding any declaration of invalidity or annulment of the marriage obtained after the performance of assisted conception, unless he commences an action in which the mother and child are parties within two years after he discovers or, in the exercise of due diligence, reasonably should have discovered the child's birth and in which it is determined that he did not consent to the performance of assisted conception.

A donor is not the parent of a child conceived through assisted conception, unless the donor is the husband of the gestational mother.[2] 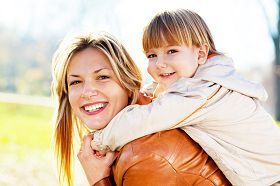 If neither of the intended parents is a genetic parent of the resulting child, the surrogate is the mother and her husband is the child's father if he is a party to the contract. The intended parents may only obtain parental rights through adoption as provided in Chapter 12 (§ 63.2-1200 et seq.) of Title 63.2.

The Supreme Court of the United States has long recognized a parent’s right to the care, custody and management of his or her children to be constitutionally protected as a fundamental right.[5] The state must have a compelling interest to interfere with a fundamental right.[6] To constitute a compelling state interest, the state’s interference with the parent’s right to raise his or her child must be to protect the health or welfare of the child.[7]

Virginia law permits a non-parent to seek custody, visitation, support, or control of a child.[8] In determining whether to grant such rights to a non-parent, a court must “give due regard to the primacy of the parent-child relationship.”[9] However, a court “may upon a showing by clear and convincing evidence that the best interests of the child would be served, thereby award custody or visitation to any other person with a legitimate interest.”[10] Courts have liberally construed the standing requirement for “persons with a legitimate interest.”[11] The term is broadly construed to accommodate the best interests of the child.[12] Those with a standing have include, but is not limited to, grandparents, stepparents, and blood relatives.[13]

Special thanks to Mallory Brennan for editorial, research, and writing assistance.