How do we handle the issue of our children's automobiles in a divorce? 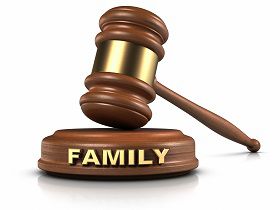 The value and disposition of automobiles driven primarily or exclusively by children of divorcing parents is a common issue during divorce.

Teenage children who have reached driving age often possess a vehicle purchased for them by the parents and intended for the children’s sole use. Frequently the vehicle is actually owned by the parents, who keep the ownership through the children’s high school and college years or longer. It is when parents divorce that a family attorney must enter the picture and render assistance.

Because the vehicles were purchased and are owned by the parents, they are part of the marital estate. Thus, their value must be considered when the estate is divided. Oftentimes, though, parents prefer that their children keep the vehicles, and normally wish to exclude their children’s cars when the marital estate is evaluated. This is partially out of parental affection or feeling of responsibility, or it may also stem from the parent’s wish that the children retain their own transportation. This procedure is usually followed unless the vehicles in question are of extreme value (higher than is considered basic transportation for the teenager), such as unusually expensive cars, custom restorations, or other high-end vehicles. It is usually better to include those in the marital estate.

The Issue of Ownership

Ownership of the vehicle is not terribly consequential from an economic standpoint, although at times it can become a severe point of contention between the parents. More to the point are the expenses of maintaining, insuring, repairing or fueling the vehicle. As these can mount up considerably they must be figured in with the total budget.

The Question of the Title

The identity of the title-holder is less important than who actually bought the vehicle. The question of inclusion as marital property is more likely to be determined by whether or not the vehicle was paid for out of the communal funds of the marriage. It is possible, however, that the regulations in place in the local area can cause the title to become a point of contention.

When it is a question of legalities or economic value, economics should be considered first. An experienced family attorney would rather achieve an accord between the individuals involved than engage in a legal battle. Such an agreement should take priority. Only as a final option when the divorce goes to court should local regulations, disputes or biases be taken into account.

Difficulties can also arise after the divorce proceedings are concluded if titles are held in the names of both parents. The legalities involved can cause problems for whoever assumes possession of the automobile in the settlement. Complications can be avoided if, in particular when a vehicle is sold outright or traded in, transfers of titles are provided for via cooperation of both parties.