Exceptions to the Rules for Liabilities 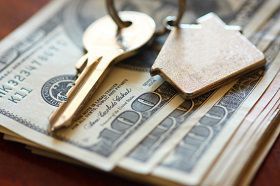 During your divorce, debts and liabilities will be evaluated under certain rules. Despite these rules, certain circumstances will be assessed as exceptions to the rules.

One circumstance seen as a valid exception to the rules governing liabilities is when the couple has decided that the family benefited from an expense incurred by only one spouse. An example of this would be a vacation for both spouses and their children that was booked by the husband only. Normally, the rule would state that as a luxury taken on by one spouse, this expense would be outside of the marital debts.

A gift from one spouse to the other may fall under an exception. One example to describe this situation is if the decision to incur the cost of the gift was made solely by one spouse. Even if the debt was acquired during marriage, the fact that the decision was not made mutually will cause it to fall outside of the marital debt.

A final example: a spouse uses marital debt incurred by the other spouse as a negotiating tool toward a favorable divorce settlement. Without an applicable exception, this debt would have been excluded from the marital debt.