Addressing Debts and Assets During a Divorce

One of the elements of dividing property during a divorce proceeding is to determine how much money the couple owes and to allocate the debts between them fairly.

What is Secured and Unsecured Debt?

The majority of couples, especially those who own a home, will have a mixture of both secured and unsecured debt. 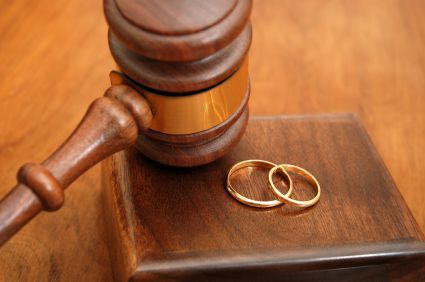 Secured debt (or liability) is any debt tied to a specific asset, (or collateral). The most typical form of secured debt is your mortgage, which is guaranteed by your house. Your car loan may also be secured debt. If you don’t pay your mortgage or don’t make the payments on your car, the lender can seize the property and sell it to pay off the debt, usually without going to court.

Unsecured debt is any debt that is not tied to a specific asset. The balance due on your credit cards, amounts owed to merchants and utility companies, and unpaid medical bills are all types of unsecured debt. The parties you owe the money to must first bring an action in court to obtain an order allowing them to seize your assets.

If I owe the money, why is the difference between the two types of debts important?

As your attorney can explain, a court action to recover unpaid debt is time consuming and expensive. In addition, if you are having financial difficulties, the creditors face the risk that you will declare bankruptcy, leaving them at the back of the line to collect payment. Consequently, unsecured creditors often are willing to accept less than the full amount owed as satisfaction of the debt in order to get at least some money quickly.

How does this affect the divorce proceedings?

One way to address outstanding debts is to allocate them between the spouses and then give each spouse enough assets to pay off the debt. Sometimes one spouse will take most of the debt and receive a large portion of the assets to cover the amount of the debt. However, that spouse could receive a windfall if he or she is able to settle the debts for substantially less than the value of the assets. Consequently, your attorney will urge you to try to settle the debts during the divorce process.

A secured liability can be appropriated to settle a current debt (for real property and other assets) if payments on the debt are delinquent. For this reason, secured liabilities possess fundamental properties that need to be considered during divorce.

Liabilities and Assets Should Stay Together

When the marital estate is being divided, an asset and its specific debt should remain together. For example, one party should not receive the car while the other assumes the vehicle’s debt. The simple explanation for this rule is summed up in one word: control. Divorce should eliminate, as much as possible, the control that either party holds over the other. If an asset is separated from its debt, the party holding the debt is in a position to exert control over the party holding the asset.

The following example illustrates this condition: Suppose the husband takes over the debt on the wife’s vehicle after their divorce. One day, the husband observes the wife’s car being driven by her new boyfriend, and he tells her that if the boyfriend continues to drive her car, he will quit making car payments. The husband has exerted inappropriate control in this situation due to the division of asset and liability in the marital estate.