How a Pension Order May be Modified After Divorce 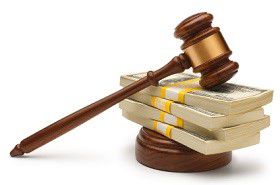 When there is a division of a retirement or pension account in a divorce, most plans will require an order from the court to distribute the funds without a tax penalty. The order includes information (such as the amount to be distributed, who the plan administrator is, and more) that is required by different plans to be able to distribute the necessary funds. If the order contains the wrong information, then the funds may not get distributed properly, or at all.

Thankfully, if an order is entered by the court and is found to have wrong information, there may still be a remedy. First, courts retain jurisdiction for twenty-one days within which any challenges to a court order can be addressed. If the twenty-one day grace period has passed, a court may still modify an order if it is unacceptable to the plan administrator, the order was erroneously or ambiguously drafted to the extent that it causes the plan administrator to misinterpret the order, or there was “a purely ministerial act.”

Unfortunately, oftentimes the courts will not allow a modification if the twenty-one days has passed and the modification simply seeks to adjust division because circumstances the parties failed to foresee at the time of entry.

In Jackson v. Jackson, VLW 019-7-226, each party were to receive fifty percent of the other party’s retirement and/or pension accounts when they divorced. Accordingly, each party prepared the appropriate orders for their respective plans. However, the order for Husband’s pension plan listed the wrong plan administrator. It also contained language that the court would retain jurisdiction for forty-five days while the (incorrectly named) plan administrator approved the distribution.

Nobody noticed this error, and the court signed the order, which was then sent to the incorrect plan administrator. After this happened, Wife became aware of the error. However, Husband refused to prepare an amended order. Wife filed a show cause requesting that the court order Husband to submit an amended order, which the Court granted. The amended order was then prepared and entered by the Court.

However, because of the twenty-one day rule, Husband appealed the court’s show cause order since it had been longer than twenty-one days. The appellate court held that they had continuing jurisdiction (and therefore the ability to issue orders and make modifications) in certain circumstances that included “purely ministerial acts.”

In the present case, the change to the order did not alter the division of the pension plan, identify any new assets to be divided, or alter the substance of the final decree. Because of these reasons, the court held that it was a “purely ministerial act” and therefore the court had jurisdiction to issue the show cause order.

Modification Not Allowed for Substantive Changes

In Jackson v. Jackson, VLW019-6-085 (not to be confused with the Jackson v. Jackson discussed above), the parties’ divorce decree, entered in 2011, stated that Wife was to receive fifty percent of the marital share of Husband’s military pension. A separate order dividing the military pension was entered, which stated that Wife would receive an annuity with a monthly payment of $1,053.39, which was fifty percent of Husband’s monthly pension in 2011. However, over time Husband’s monthly pension amount increased to reflect cost-of-living adjustments, but Wife’s monthly payments did not.

In 2017, Wife sought to amend the order dividing the military pension, arguing that her fixed monthly payments of $1,053.39 failed to reflect Husband’s cost-of-living adjustments to his pension. The Court denied Wife’s request. First, the twenty-one day period to challenge a court order had long since passed. Second, the change to the order was a substantial change and not simply a clarification or fix of a purely ministerial act. Third, the formula that was used was agreed to by the parties and the order simply implemented that formula. Just because the parties failed to foresee the change does not mean that the order should be changed.

It is important, and in some instances vital, to make sure that any retirement division order that is submitted to the court contains the correct information. At Smith | Strong, PLC, we pride ourselves on meeting as a team with experience drafting and confirming retirement division orders. Our team approach and experience in this complex area of retirement division orders allows our clients to avoid additional headache, stress, and lost money for clients in transition. Retirements are often client’s largest financial asset. Smith | Strong, PLC is ready to help you and make sure this element of your divorce is done competently and done right the first time.