Passive Investment Does Not Equate to Marital Property

The case of McConnell v. McConnell, involving an heir to the DuPont fortune and his ex-wife, provides an insight into how Virginia courts treat passive investment in a divorce, as marital property.

The parties married in 1985 and separated in 2012. The trial court awarded Wife a divorce with $17,500 a month in spousal support, and divided the couple’s property. Wife, unhappy with the way the court assigned (1) appreciation in Husband’s investment accounts and stock, (2) division of equity in the marital residence, and (3) the spousal support award. Wife appealed the divorce decree to the Virginia Court of Appeals.

The main issue on appeal: the assignment of the significant appreciation of the Husband’s investment accounts and stock, from the date of marriage to the date of separation. Va. Code § 20-107.3 outlines Virginia treatment of marital appreciation of investments. The rule states that income or an increase in value of separate property during the marriage remains separate, unless marital assets or significant personal efforts of either party contributed to such increases. 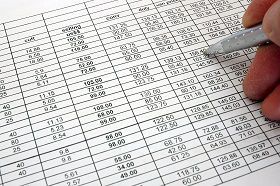 The court first established that the burden was on Husband to show his level of involvement in his investments. Husband provided evidence he believed proved his investment account grew in value due to passive appreciation, not his significant personal efforts as Wife claimed. To verify this evidence, the court must choose a method to measure how active the investor actually was. White the court noted that there is no particular method a court must use in determining whether or not appreciation in an account was passive or active, in this case the trial court used the S&P 500 benchmark. The appeals court found this approach satisfactory. Using this S&P 500 method, the appeals court found the investment account grew through passive investment. Husband was also able to prove that all substantial effort he put into researching and buying stocks was done before the marriage. Interestingly, since the stocks were all in the same company the court considered Husband’s continued buying of the stock after marriage as simply maintenance. The appeals court therefore affirmed the trial court rulings on the investment accounts and stock, as well as, all other issues coming from the trial court.

As shown by cases like the one outlined above, the right advocate is a difference maker in the outcome of your case. The lawyer for Husband used persuasive argument to show that Husband was indeed only passively involved in the investment accounts once married. The lawyers at Smith Strong work to do the same for you. We will sit down with you, look at all angles of your case, and then determine the path forward. If you need a lawyer to help you through the difficult process that is divorce, please call one of our offices at (804) 325-1245 (Richmond) or (757) 941-4298 (Williamsburg).