The Importance of Being Timely in Filing Virginia Child Custody Appeals

People often assume that winning a case is based solely on how well your lawyer knows the law and can argue the merits of a case.  But in certain circumstances, the adage that “timing is everything” will dictate the legal outcome of a case and may even determine whether the merits of a case will be heard.  A 2015 Prince William County child custody case, Thomas v. Shrout, shows that, in order to prevail, observing procedural deadlines is just as important as timing practicalities in any other aspect of life.

In this particular case, a mother and stepfather appealed a court order that had dismissed their petition seeking permission for 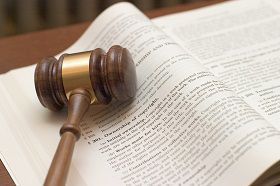 This shows that no matter how much you think your case has merit and your lawyer may be competent to “knock your argument out the park,” procedural deadlines are still extremely important and may trump even the most compelling substantive position.  Your lawyer is there to make certain that all deadlines are accommodated and to know when filings are due in court and when supporting materials must be introduced on the record.