How do you value an automobile in a divorce? 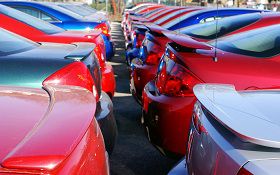 During the divorce, the parties will have to come to an agreement on a value of their personal vehicle. Thankfully, there are tools available that are appropriate for estimating the value of a car.

In a way, disputes over automobiles are almost inevitable, especially when only one is owned by the divorcing couple, or if a given vehicle holds personal value. As personal vehicles play an important role in the family’s everyday life, the spouses and their divorce attorneys will have to determine the value of the car and properly assign them.

There should be little trouble in correctly valuating the automobiles in question, due to the sizable automobile market and the limited amount of variable that affect their values. There is a huge data base available that your attorney will be able to use to determine the value of the car.

The Structure of Valuing an Automobile

An attorney will likely advise the two parties to rely on valuation services like the National Automobile Dealers Association (N.A.D.A) Guide or Kelly Blue book, which can be found online and user friendly. Since both spouses can derive values from at least two services, they are able to:

Determining the Condition of the Car

The spouses assessing the value of the car will frequently question the condition of the car. If the car has considerable physical damage or mechanical defects, then the value derived from the valuation guides will not be adjusted accordingly. The couple's divorce attorney will inform them that only a body repair shop or a mechanic can ascertain the value of such cars by estimating the cost of repairing the vehicle to a fair or at least reasonable condition.

Determining the Type of Lease 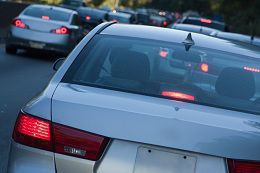 However, if say $5,000 is left at the end of the lease, it is usually presumed that it was not the lessee’s intent to keep the car – thus, it is a lease purchase. Consult an attorney if you are unclear which type of lease you have.

In the lease purchase situation, the automobile will be an asset and its value gets added to the marital assets. However, the remaining payments and any final buyout amounts get added to the marital debts. If the vehicle was purchased during marriage and it is a traditional lease, then the vehicle will be considered a debt of the marriage. You should discuss your case with an experienced lawyer if the car was leased prior to marriage but continued into the marriage and the divorce, since this situation is more complicated.