The Internal Revenue Code (“IRC”) in Title 26 of the United States Code Service (“USCS”) governs federal tax in the United States. Over the past year, changes to the IRC have had an impact on American Tax Law that has rippled into family law.  The ripple effect began when Representative Kevin Brady (R) introduced the Tax Cuts and Jobs Act (“TCJA”) to the House of Representatives as Bill No. 115 H.R. 1 on November 2, 2017.[1] When President Trump signed the bill into law on December 22, 2017, the TJCA became the most significant change to the IRC since 1986. Though the changes affect all taxpayers in the United States, it particularly impact those taxpayers that seek a divorce.

Thus, family law attorneys must understand the effects that the IRC amendments have on equitable distribution and support. More specifically, these attorneys must understand how the amendments affect the sale of assets, tax returns for the year of divorce, liability for prior tax returns, dependency exemptions, and spousal support. This presentation expounds upon those tax issues.

Tax Considerations in Sale of Assets

Under IRC § 1041, transfers of property between spouses are treated as gifts for income tax calculations. Transfers of property between former spouses are also treated as gifts for income tax purposes so long as the transfer is incident to the divorce.[2] For the transfer to be “incident to divorce,” it must occur within one year of the divorce or be “related to the cessation of the marriage.”[3] This information is important because the transferred property is not taxable as a gift and may affect property settlement agreement negotiations. 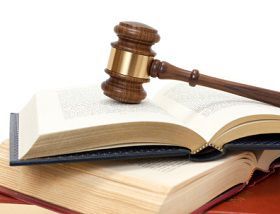 Tax Returns for the Year of Divorce

Liability for Prior Tax Returns

When a married couple files a joint tax return, the tax is computed based on their combined income.[6]  The married couple is jointly and severally liable for the tax due on any joint return.[7] In other words, the spouses are responsible as a couple and as individuals for the tax owed and any interest or penalty due on the joint return.[8] This is true even if a divorce decree states that a former spouse will be responsible for any amounts due on previously filed joint returns. Thus, one spouse may be held responsible for all the tax due, even if all of the income was earned by the other spouse.

There are three routes for relief as an innocent spouse. First, the traditional innocent spouse relief falls under IRC Section 6015(b). Under that section, any joint filing spouse may request to limit his or her own liability for any deficiency on the return as a result of the other spouse’s incorrect reporting.[10] However, this relief requires that the requesting spouse have had no knowledge of the other spouse’s erroneous tax reporting.[11] Second, the innocent spouse relief may fall under IRC Section 6015(c). Under that section, a joint filing spouse may request to limit liability for a joint tax return made when he or she is no longer married or legally separated from the other spouse.[12] Third, a joint filing spouse may request equitable relief under IRC Section 6015(f). To seek equitable relief, there is no relief available under sections (b) and (c) and, “taking into account all the facts and circumstances,”  it would be inequitable to hold the “innocent” spouse liable for the unpaid or deficient tax.[13] A copy of IRC Section 6015 is attached to this paper for ease of reference.

The TCJA has repealed dependency exemptions for 2018 through 2025. This means that a taxpayer may not claim a personal exemption deduction for the taxpayer’s self, spouse, or dependents under the TJCA during the time period after December 31, 2017, and before January 1, 2026.[14] However, on January 1, 2026, these exemptions will become available again unless the legislature decides to extend the duration of the requirement beyond 2025. It is worth noting that taxpayers were permitted to exclude $4,050 for each dependent in 2017.[15]

However, Section 11051 of the TJCA repealed the deduction for alimony or separate maintenance payments from the payer spouse and the corresponding inclusion of the payments in the gross income the recipient spouse.[20] This means that alimony may no longer be deducted from the payor spouse and the payee spouse may no longer include the payment as part of his or her gross income.[21] The Section 11051 amendments apply to any divorce or separation instrument that was: (1) executed after December 31, 2018; or (2) “executed on or before such date and modified after such date if the modification expressly provides that the amendments made by this section apply to such modification.”[22] The IRC defines a “divorce or separation instrument” as “(a) a decree of divorce or separate maintenance or a written instrument incident to such a decree, (b) a written separation agreement, or (c) a decree (not described in subparagraph (a)) requiring a spouse to make payments for the support or maintenance of the other spouse.”[23]

Special thanks to Mallory Brennan for editorial, research, and writing assistance.