Are child custody laws for gay and lesbian couples evolving because of the legality of same-sex marriage?

Because of the monumental Supreme Court decision in Obergefell v. Hodges, gay marriage is now legal throughout the United States.  However, June’s ruling permitting same-sex marriage can be expected to send some homosexual couples to court for a very different reason – same-sex divorces and the ensuing child custody disputes involving same-sex parents.

What constitutes a parent in a gay relationship?

Now, in order to determine custody for these families, courts nationwide are facing a tricky, yet very fundamental legal question: What constitutes a parent? Cases involving child custody for homosexual couples most frequently involve lesbian couples who were together when one of the women had a child through artificial insemination.  Plaintiffs in these types of cases argue that the term “parenthood” should include those who play a key role in a child’s upbringing with the support of a birth parent, even when not connected to the child by biology or legal adoption.  However, opponents of this expansive view of parenthood think that broadening the scope of who can seek parental rights could lead to spurious or deceptive custody claims.  Further, these opponents argue that, without a biological or legal link to the child through adoption, anyone who contributed to the child’s upbringing, no matter how marginally or infrequently, could seek legal rights to the child.

Because of the legalization of gay marriage, there now are certain steps that same-sex couples can take to ensure that custody disputes are resolved in a more predictable and fair manner.  With homosexual marriage legal throughout the United States, same-sex parents can most directly ensure that both partners secure parental rights to children born into the union through the simple act of marriage.  In Virginia, step-parent adoptions are now another possibility for same-sex couples.  The partners in such a relationship can petition the court for a step-parent adoption, so that both parents can become legally recognized as parents to the children they are raising together, thus ensuring standing of both partners as parents in any future custody dispute.  However, legally adopting a child can be extremely expensive, rendering this option unrealistic for many couples.

Increasingly there are viable options for securing parental rights and ensuring continuation of parentage, should a same-sex relationship subsequently dissolve.   However, couples often do not realize until a relationship ends that it is necessary to consider and arrange for these legal precautions before circumstances arise that present child custody disputes.

It also is important to note that, even with the nationwide recognition of same-sex marriage, the potential remains for anti-gay 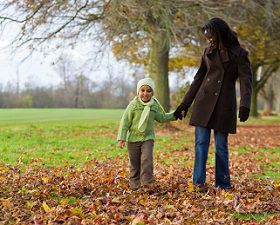 stereotyping by courts and custody evaluators.  Millions of lesbians and gay men have biological or adoptive children. Despite an increase in the number of same-sex couples who are having children together through assisted reproduction, a significant number of these individuals became parents in the context of a prior heterosexual marriage or relationship before coming out as lesbian or gay.  As a result, the other parent in a child custody dispute involving a lesbian or gay man is likely to be heterosexual, as are the vast majority of judges, custody evaluators, and other court personnel. Accordingly, it can be particularly challenging for lesbians and gay men asserting parenting rights to overcome sexual orientation stereotypes when attempting to secure equitable custody arrangements for their children.

Because this area of the law is so new and continuing to develop, it is important to consult with a professional about your options – whether you are a same-sex partner currently going through a child custody dispute or entering a same-sex relationship where children are involved or contemplated in the future.  The attorneys at Smith Strong are extremely well-versed in this evolving area of the law.  Call (804) 325-1245 or (757) 941-4298 to speak with one of Smith Strong’s experienced attorneys.