Battling for the Business

Battling for the Business

As the judge spoke, I watched the husband shake his head in resignation. Across the courtroom, his to-be ex-wife earnestly nodded hers. It was just a momentary response to the judge’s inconsequential comment, but the parties’ simultaneous yet opposite reactions captured the tone of the dispute in a single movement.

As a divorce nears its fourth birthday…

I shadowed Attorney Van Smith for a divorce hearing focused that day on property distribution. Virginia courts divide a married couple’s assets “equitably” when they divorce. This means the court will not just divide everything the couple owns in half; the judge will consider a number of factors in an effort to make sure each party can basically maintain the same economic lifestyle as during the marriage.

People can get married in a day, but divorce inevitably takes much longer, especially when the parties dispute how to divide the property. The case I observed began nearly four years ago. For perspective, the process for this couple’s divorce began before Occupy Wall Street, before Hurricane Sandy, even before Pottermore. Their case was particularly complex because they opened a restaurant while they were married, but this time span is not unusual.

If you own a business, be on top of your books

That said, owning a business does present special concerns during a divorce, especially when that restaurant had never turned a profit. Even though Van Smith only began representing the husband a couple weeks before the hearing, he had clearly immersed himself in the restaurant’s financial details. He had to- the vast majority of that day’s testimony consisted of sifting through the minutiae of the restaurant’s accounting history. Since neither member of the marriage had business experience, that history was somewhat haphazard, lacking the clarity one might expect to see from a seasoned businessman. And even though the restaurant’s accountant testified for the husband, the wife also hired an accountant specifically to try to discredit the original accountant’s work.

With so many numbers and account names and transaction details flying back and forth, it was difficult even for the judge to get a full picture of the restaurant’s finances. Getting that full picture is important for a couple reasons. First, it resolves any possibility of shady or illegal business activities. It also gives the judge a sense for what and how each party contributed to the marriage, whether through the business or otherwise. Those contributions are among the factors judges consider when dividing assets or calculating monetary awards. 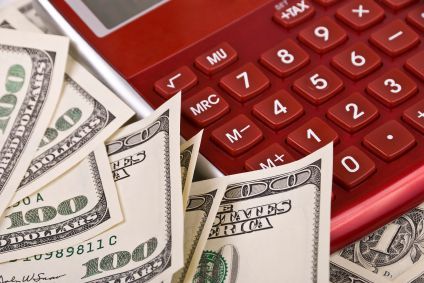 Obviously there are better reasons than divorce for a business owner to keep close tabs on their finances. But should a person find themselves in that position, clear and well-organized records can save them a lot of grief and money during a divorce. This is true of personal documents in general. Seriously, you can save a ton of money in attorney’s fees just by putting your bank statements in chronological order.

But what’s really going on here?

So sure, organization helps streamline the process, but why was this couple fighting so hard over to keep their business interests in a failing restaurant? “Equitable distribution” sounds painfully dry, but dividing property brings forward all kinds of underlying emotional issues in the marriage.

This marriage had infidelity on both sides. It was a relatively long marriage, the children grown and living on their own. From just those two sentences, we can easily see the potential for anger, disappointment, reflection, boredom, desire for control, fear, stagnation.

Promising a lifetime together means dealing with a lifetime of changes

Developmentally speaking, middle age essentially mirrors adolescence in that it’s often a time when people are evaluating their identity, their place in the world. Even though wrinkles replace acne as the daily complexion concern, it is completely normal for people to experience much of the same angst during middle age as they did as teenagers (and you thought high school was behind you).

The takeaway from all this is that our relationships with people we love do overlap with our attachments to projects we take on and stuff we own. Nobody likes a divorce to go on forever, so when there are complicated issues like business ownership, it helps to stay organized. More importantly, it helps to maintain a broad perspective as much as possible: your life is more than this dispute, and you matter independent of what property the judge orders you keep. But seriously, do keep your finances in order- it saves you money in the long run. 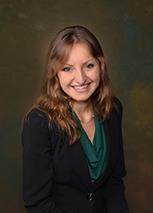