So, I Bought a Zoo (Office Building)

I began Smith Strong, PLC with an IPhone and a laptop in February 2012.  Designing my own website late into the evening, outlining the logo and slogan in my head on long walks, Legal Strength, more to steel my own resolve at the time than attract clients.

I had a banker’s box that I would take to REGUS executive office suites with client files (none in February 2012, 0), and would meet clients in a conference room that I rented by the hour.

Within a few months I was lugging 2-3 boxes each day to the office, hiding in the business lounge to get work done.  The manager of the office suite said, “Have you considered renting an office?”

So in late Spring 2012, I began leasing the smallest office in the building, 8x7 feet, with no windows. 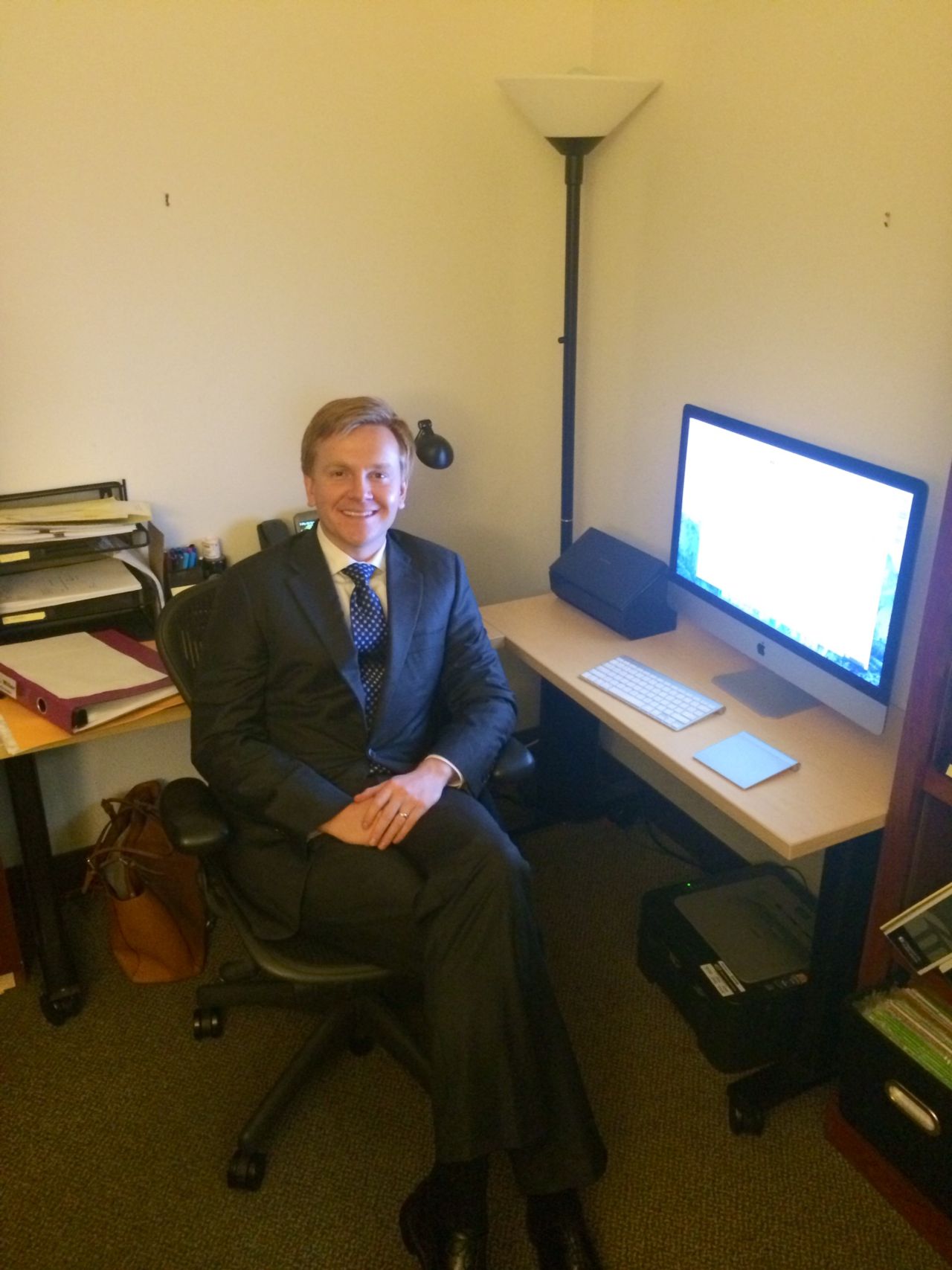 We grew quickly.  One day, back from my fourth appointment in a row to find 14 missed call slips from the front desk receptionist.  “Huh, I guess I need to hire an assistant.”  So the assistant was hired, and she was in one corner of the same office, and I was in the other corner of the office—still the smallest office in the building, no windows, now shared.  If she reached out to stretch, she would hit my chair.

Now, in 2015, the count is up to six offices in the REGUS executive suite company, most shared.  Ten people are coming to work each day at Smith Strong, and Katie and Deborah work from home, bringing the total to 12. 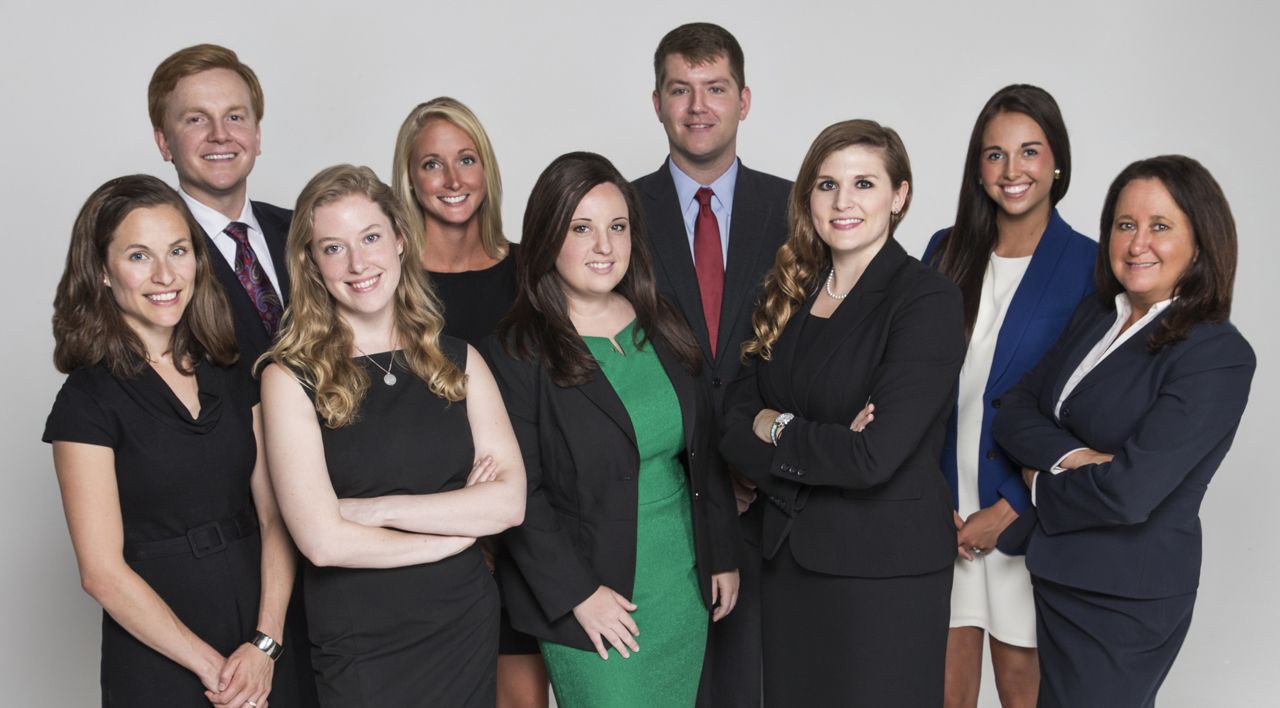 In August 2015 my wife and I purchased through an LLC named Farah & George Properties (after our two children), 5803 Staples Mill Rd, Richmond, Virginia. 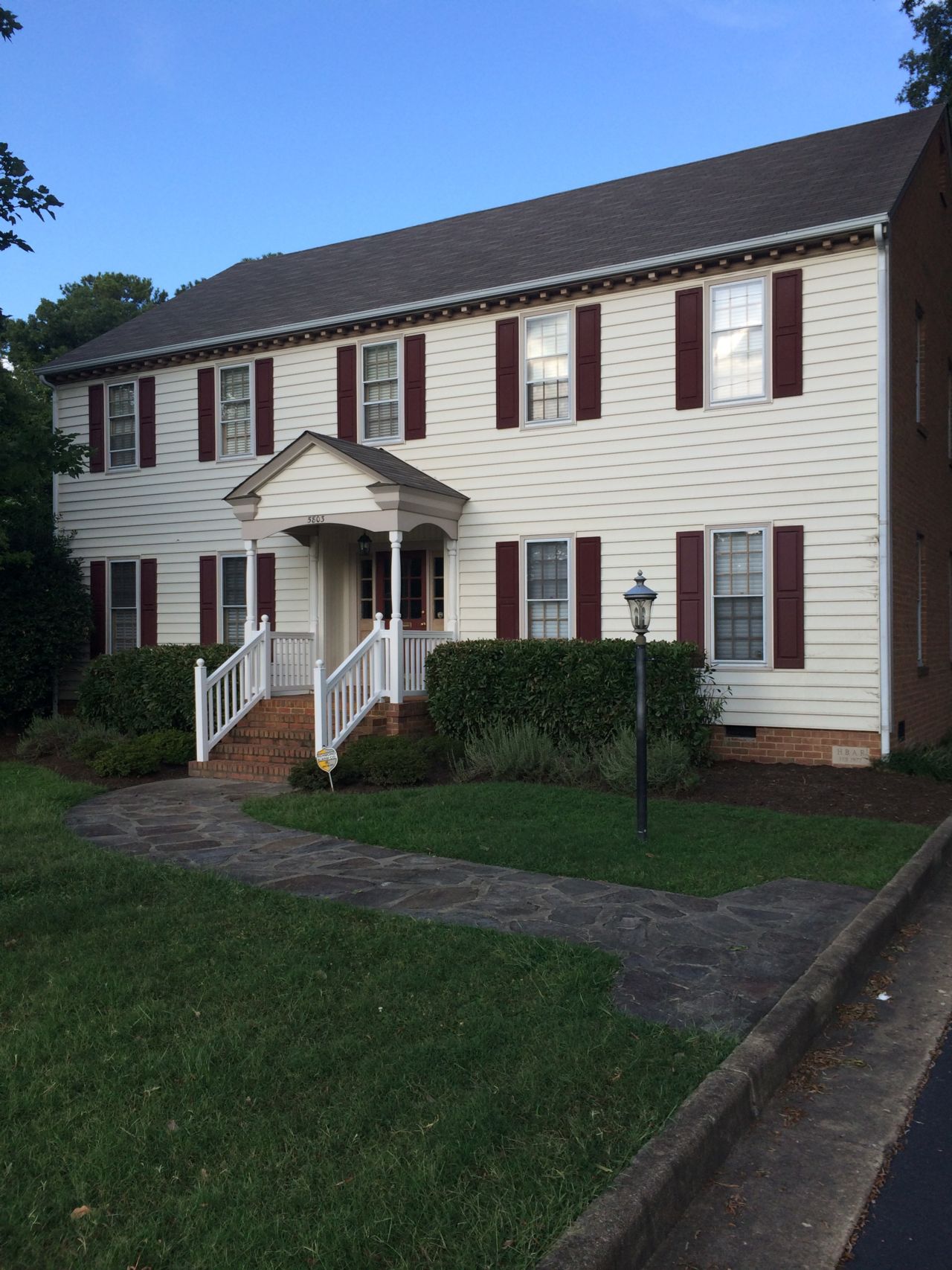 We’ll be “fixing it up” all Fall 2015, moving in January 2016. The building is located just west on Staples Mill from the new Libbie Mill development, so, near the Willow Lawn/Midtown area of Richmond.  Some of you may have visited the Southern Season store nearby.  It’s one exit east on I-64 from our current location at 6802 Paragon Place.  We’re halfway between downtown Richmond and Short Pump in the West End, right off the Interstate 64/Staples Mill exit.

My Dad assumed the lead on clearing out brush, pruning bushes, and overseeing the cosmetic renovations.  The Environmental Law Group remains there through the end of the Fall.  They purchased it from the Virginia Funeral Directors, who apparently had at one point a pretty epic Mad Men bar on the second floor (Who knew?  Funeral Directors as Don Draper.)

Our current location at Paragon is very impressive, and the new building will not match its grandeur, but I hope it will provide the privacy, discretion, and comfort our clients have come to expect from Smith Strong.  If they feel a little more “at home” then we’ve been successful in the move.

We’ll send formal notice to each of you when the move is complete—so don’t fret about the new address or where to send the mail just yet.

I still share an office; so, this new building will be the first time with my “own” office.

I’m reminded that Warren Buffett worked from a small room just off from his bedroom for the first six years of his company, Berkshire Hathaway, eschewing, I believe even an assistant during that time as well.

There are 30 parking spaces immediately behind the building.   Parking and walking “right in” to the new building will actually seem a little easier than the current corporate office park setting.  As the sole tenant, we will make sure clients have dibs on the spots just steps from the entrance for added convenience.

We’re excited to be part of the resurgence of the Willow Lawn/Midtown corridor.  And located just a half-mile from I-64/Staples Mill, means clients from Chesterfield, Henrico, Richmond, Hanover, Goochland and New Kent will be able to access us with ease.

2016 will be an exciting transition; we’ll make sure to throw an open house once we spruce up the place.