He was all-natural.  Nothing synthetic, from his personality to the fabric of his clothes.  There was a studied naturalism, an intentional simplicity to “Roger” and his approach to life.  And in spite of that purposefulness, designed for lifelong stability, his wife developed a different vision—a new life, riding off in a gleaming convertible, a fresh start, with someone new.  The children were grown.  And she had grown apart from him.

“Van, my magic stopped working on her.”  He held his head down.  The hurt and failure, the finality of the statement, finally said aloud was too much.  He clinched back tears.

He lifted an old leather briefcase holding his assets and debts for review.  If divorce was required--how to do it while preserving his retirement and life-savings and preventing a court battle?  His wife hired a top-notch firm, known for brutal litigation tactics. 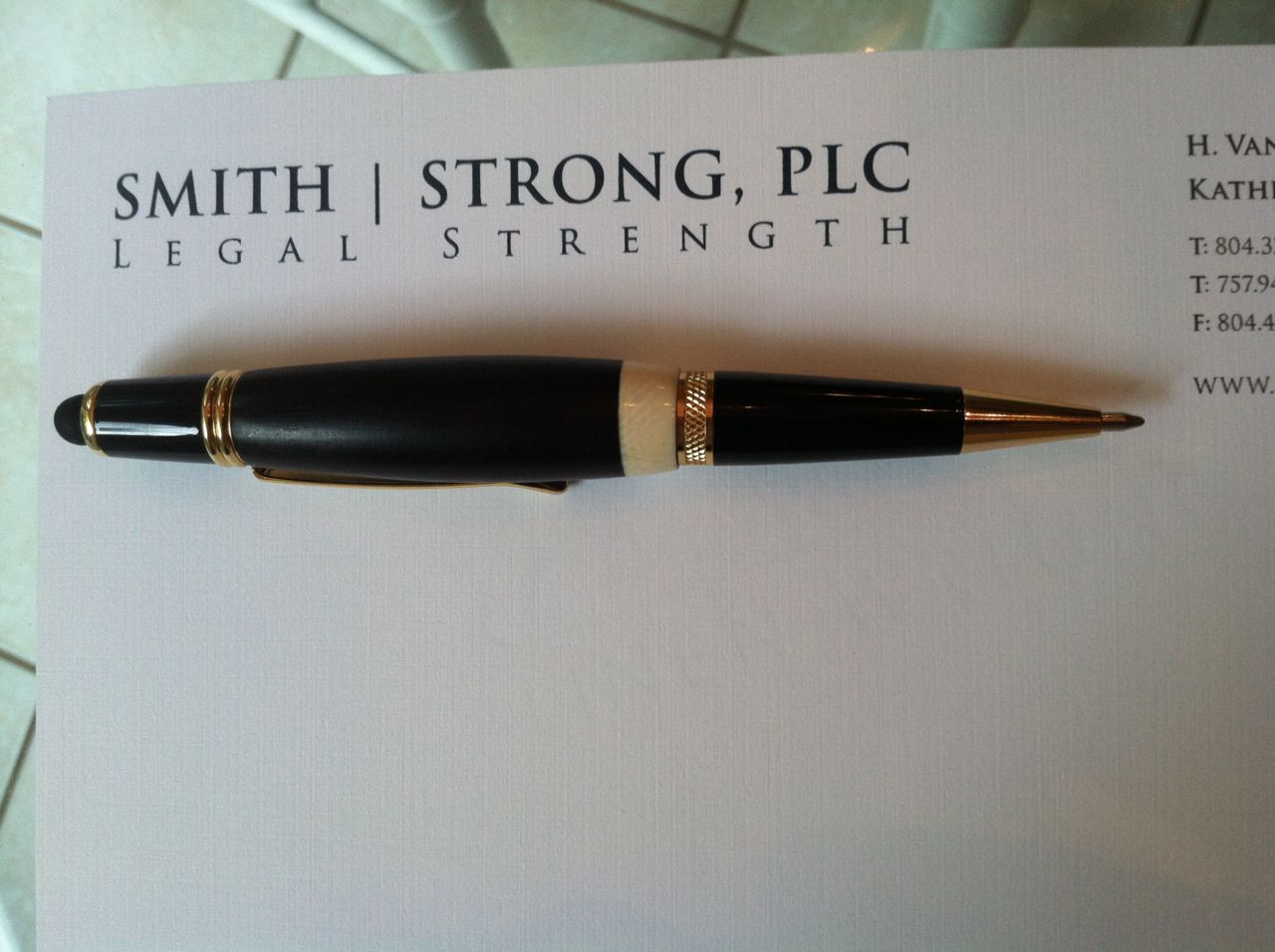 We went through all of the property statements, accounts, debt.  I closed my eyes and said, “Here is how this case will settle.”  I went through the opening offer, their response, our counter, and how the final settlement would look—to the dollar.  A few weeks later, we reached an agreement, exactly as outlined in that first meeting. He was relieved.

“You must come, Van, and make a pen with me—my gift—for getting this case done.”

I arrived at his house.  Somehow, the house appeared, much as he did in that first meeting.   Authentic, all-natural, brown wood and bent iron.  Nothing vinyl attached to this home.

He seared steaks on the charcoal grill, wetting wood chips on top of the charcoal to lend the meat a smoky flavor.

And after dinner, he held out rectangular blocks of ivory and ancient wood.  Our mission:  turning the blocks into a custom-made pen on his lathe.  The sharp edges worn down, smooth.  Next, polish.  The hard edges, rounded, polished, the wood and ivory now ready for a new chapter.

And so was he.

“I went on a date last week,” a bit of the old smile returning.  It wouldn’t be the last.

I looked down at the beautiful pen, a lasting expression of thanks.