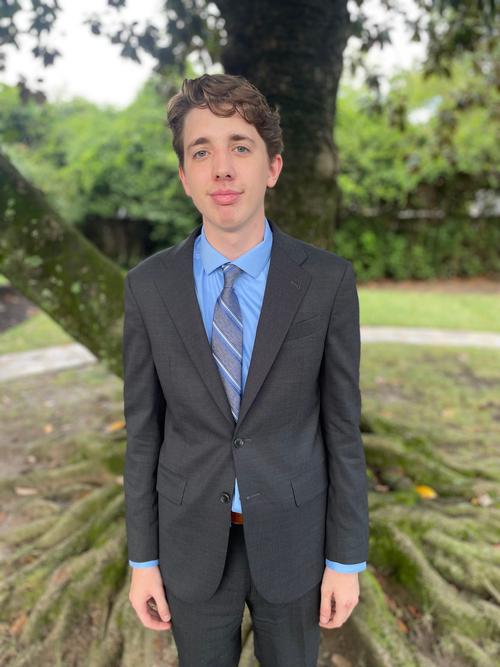 Jordan was born and raised in Richmond, Virginia. Growing up with his parents and brother, Jordan learned the importance of family and relationships. He graduated from Cosby High School in 2017.

Jordan attended Richard Bland College of William and Mary where he received his Associates Degree in Environmental Science. He remained on the President’s List all four semesters at Richard Bland. After graduating, Jordan transferred to The University of Virginia (Go Hoos) where he received his Pre-Law Bachelors Degree in Government with an emphasis on American Politics. He was awarded with Deans List Honors three times. Jordan was a member of the Dodgeball team, Badminton team, Ping Pong team, and served as a member of the infamous Hoo-Crew. After his time at UVa, Jordan decided to continue his studies at Florida State University. After just one year, Jordan was awarded his Masters Degree in Sports Management. He was a captain of the Men’s Hockey Team as well — and even represented the team in Kalamazoo, Michigan, for the National Collegiate Championships.

Jordan loves spending his free time with his friends and family — whether it be playing hockey, golf, or just hanging out at the local bars/restaurants. More often than not, you can find him cheering on his favorite sport teams (I.e., Minnesota Vikings, Pittsburgh Penguins, UVa, and FSU), while rooting against the likes of Virginia Tech (0 national championships).