After years of being notorious for putting off marriage and waiting to have children, the Millennial generation is finally finding its way to both matrimony and parenthood. “Millennials” – those born between 1980 and 2000 - now comprise the largest and most diverse generation in U.S. history.  The Millennial generation has been stereotyped as opposed to marriage and equally against having children.  But demographic trends suggest that this generation is finding stability on several fronts, including receiving college education and settling down in marital relationships that eventually will produce children.

As the millennial generation has aged to include people in their 20s and early 30s, the group is now close to a demographic tipping point. The rates of childbirth within wedlock—a factor associated with a stable family—are predicted to rise in the near future. According to a recent study from Demographic Intelligence, the new trend among Millennial parents will be toward marital relationships, with a majority of children being born inside marriages.  Demographic Intelligence predicts that before the biological clock of this generation runs its course over the next decade, up to 77% of the children of Millennials will be born to married parents – a figure significantly up from the 45% of children born within wedlock today.  By the end of this year, as many as 59% of children born to Millennials will have married parents.

An unprecedented percentage of births to Millennials can be expected to come from college-educated parents.  A recent Pew Research Center report noted that Millennials are on track to become “the most educated generation in American history.”

Getting to the Altar… Eventually

According to Kim Parker, the director of social trends at Pew Research Center, most young adults still want to marry eventually, and most will. But data suggests that Millennials are more accepting of cohabitation without marriage and are more open to the idea of children being raised outside of a marriage.  Nonetheless, Pew’s research suggests that only about 25% of those between ages 25 and 34 will stay unmarried.  Even though this percentage is higher than previous generations, it still shows that the majority of Millennials will eventually tie the knot. 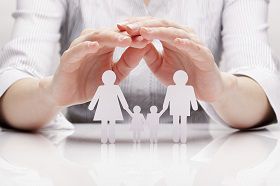 Trending toward marriage and family relationships among Millennials would appear to be a logical outgrowth of the generation’s general attitudes and tolerance patterns.  A Pew study entitled “Millennials: Generation Next” revealed Millennials to be more tolerant than adults in other generations of a wide range of non-traditional behaviors and more accepting of various modern family arrangements, such as raising children outside marriage.  Interestingly, however, the Pew Research Center discovered that these tolerances do not appear to translate into a view among Millennials that such arrangements are “good for society.”  Ultimately, it can be expected that the expanded tolerances of this generation may not translate into non-traditional lifestyle choices.  Marriages, children born to wedded parents, and nuclear families will continue to define the norm for at least a sizeable portion of the Millennial generation that is currently dominating and defining American social norms.