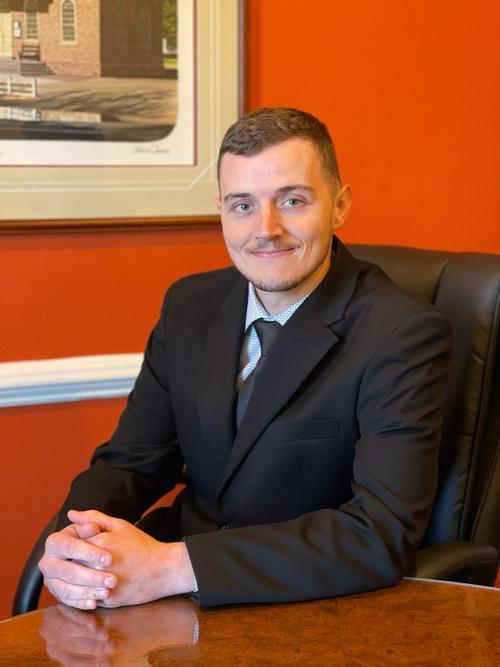 TJ was born in Jacksonville, Florida, and grew up in Woodbridge, Virginia, with his parents and siblings. He graduated from Bishop O’Connell High School in Arlington, Virginia.

TJ then attended THE Ohio State University, where he was a part of Ohio State’s Flight team and competed in national competitions (SAFECON). He graduated from Ohio State with a Bachelors Degree in Aviation Management. TJ joined the United States Marine Corps in 2016, following in the footsteps of his grandparents. He took on many leadership roles while serving in the Corps, including running the blade shop (MCAS New River). While in the Marines, he also attended Liberty University Online and earned a Masters Degree in Criminal Justice (with a specialization in Homeland Security).

TJ loves to spend his free time on the golf course, fishing, watching sports, IRacing, and being around his amazing fiancée Lauren.